The Friday Rant: You know you’re old when…

… you hear yourself saying things like, “What is this world coming to?” I swear, I hear my great-uncle’s voice coming out of my mouth half the time I speak.

For example, today my son told me about human dart  boards — people offer to let someone throw darts at them if they buy them enough drinks to get too drunk to feel it.

What is this world coming to? 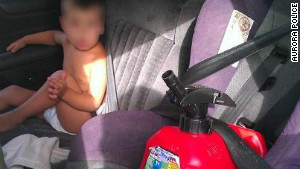 How about the mom who buckles a container full of gas into the carseat instead of the kid? In the mom’s defense, the child was originally in the carseat but climbed out and seatbelted himself into the other seat. Though I still don’t understand why they said, “Well, okay, let’s use the seat to hold the gas can instead” — put him back.

How about the mom who smokes so much pot, she forgets she put the baby in the car seat — on the roof — and drives off. Didn’t that happen in Raising Arizona?

The daycare that takes kids to the movies and forgets the one in the bathroom.

The parents who let kids drink at their house. Or hire strippers for their drunken parties. It’s okay if you take the keys, right?

Though kids do plenty of dumb stuff themselves — how about huffing freon out of the air conditioning unit?

Getting in a fight just to film it for Youtube.

Ghost riding the whip: dancing on top of a moving car.

The cinnamon challenge: eating a spoonful of cinnamon (and then coughing and throwing it up) — and posting it on Youtube.

Getting drunk really fast by soaking a tampon in vodka. Or eyeballing. This one really makes me cringe — pouring vodka in your eye. No alcohol on your breath for Mom to smell!

Calling your girlfriend a ho.

Putting salt and ice cubes on your skin to get a hell-acious burn. I tend to avoid pain at all costs, so this one stumps me.

Drinking hand sanitizer (for the alcohol).

Flash mobs, where teenagers in giant groups rob convenience stores and tear everything up — for Twinkies and chips. Kids these days are so casual about stealing. The attitude is “finders keepers” — if you’re dumb enough to leave this laying where I could steal it, you don’t deserve to have it. Even your friends.

Seriously, what is this world coming to?